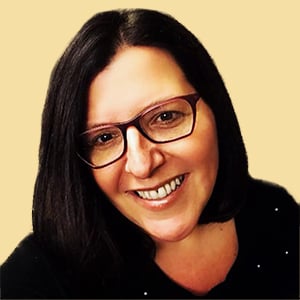 Marybeth Gasman is the Samuel DeWitt Proctor Endowed Chair in Education, a Distinguished Professor, and the Associate Dean for Research in the Graduate School of Education at Rutgers University. She also serves as the Executive Director of the Samuel DeWitt Proctor Institute for Leadership, Equity & Justice and the Executive Director of the Rutgers Center for Minority Serving Institutions. Marybeth is the Chair of the Rutgers University, New Brunswick Faculty Council. Prior to joining the faculty at Rutgers, Marybeth was the Judy & Howard Berkowitz Endowed Professor in the Graduate School of Education at the University of Pennsylvania. Her areas of expertise include the history of American higher education, Minority Serving Institutions (with an emphasis on Historically Black Colleges and Universities), racism and diversity, fundraising and philanthropy, and higher education leadership. She is the author or editor of 30 books, including Educating a Diverse Nation (Harvard University Press, 2015 with Clif Conrad), Envisioning Black Colleges (Johns Hopkins University Press, 2007), Making Black Scientists (Harvard University Press, 2019 with Thai-Huy Nguyen), and her forthcoming book Doing the Right Thing: How to End Systemic Racism in Faculty Hiring (Princeton University, 2022). Marybeth has written over 250 peer-reviewed articles, scholarly essays, and book chapters. She has penned over 450 opinion articles for the nation’s newspapers and magazines and is ranked by Education Week as one of the most influential education scholars in the nation. Marybeth has raised over $23 million in grant funding to support her research and that of her students, mentees, and MSI partners. She has served on the board of trustees of The College Board as well as historically Black colleges – Paul Quinn College, Morris Brown College, and St. Augustine College. She considers her proudest accomplishment to be receiving the University of Pennsylvania’s Provost Award for Distinguished Ph.D. Teaching and Mentoring, serving as the dissertation chair for over 80 doctoral students since 2000.