President, Fund for the City of New York 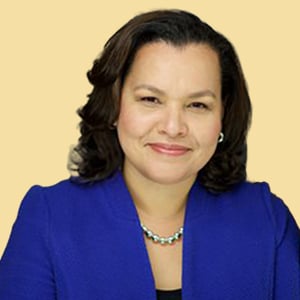 Lisette Nieves is the president of the Fund for the City of New York (FCNY), an institution charged with developing and helping to implement innovations in policy, programs, practices, and technologies to improve the functioning of government agencies and nonprofit organizations in New York City and beyond. Key FCNY programs include the Cash Flow Loan Program, the Partnership Program, and the Sloan Public Service Awards.

Throughout her career of more than 25 years, Lisette has served in a variety of leadership positions in the public and private sectors. She founded Lingo Ventures, served as the Belle Zeller Distinguished Visiting Professor in Public Policy at the City University of New York at Brooklyn College, and was an Obama appointee on the White House Initiative on Educational Excellence for Hispanics.

Earlier in her career, Lisette was the founding executive director of Year Up New York, an innovative workforce development program that started with a $250,000 seed grant and grew into a $6 million operation with more than 20 corporate partnerships in the span of five years under her leadership.

Her areas of interest include community colleges, college pathways, and workforce and education partnerships, which are all represented in the book she recently co-authored: Working to Learn: Disrupting the Divide Between College and Career Pathways for Young People.

In addition to her role on the JFF Board of Directors, Lisette’s past and present board affiliations include the Edwin Gould Foundation, AVID, The Education Trust, NewSchools Venture Fund, and the New York Public Library Board of Trustees.