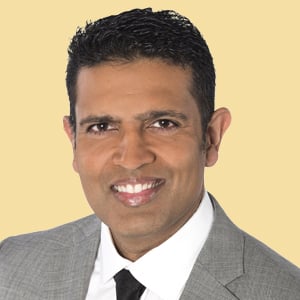 Hari Sreenivasan is a host of Amanpour & Company on PBS & CNN International, and also the host and Executive Producer of the YouTube channel Take On Fake which tackles mis/disinformation. He is also a contributor to the PBS NewsHour where has worked in various roles since 2009 including as anchor of the Weekend programs. Prior to PBS, Sreenivasan has worked as a Correspondent for CBS News in Dallas, an Anchor and Correspondent for ABC News in NY, Host and Correspondent for CNET in San Francisco as well as a reporter in Raleigh, NC, and Yakima, WA.